In this tutorial, you will learn about different ways of accessing UI elements when writing UI Tests in Xcode.

Let’s assume we have this view with a Signup form details on it. This view has 5 UITextFields and a single button. 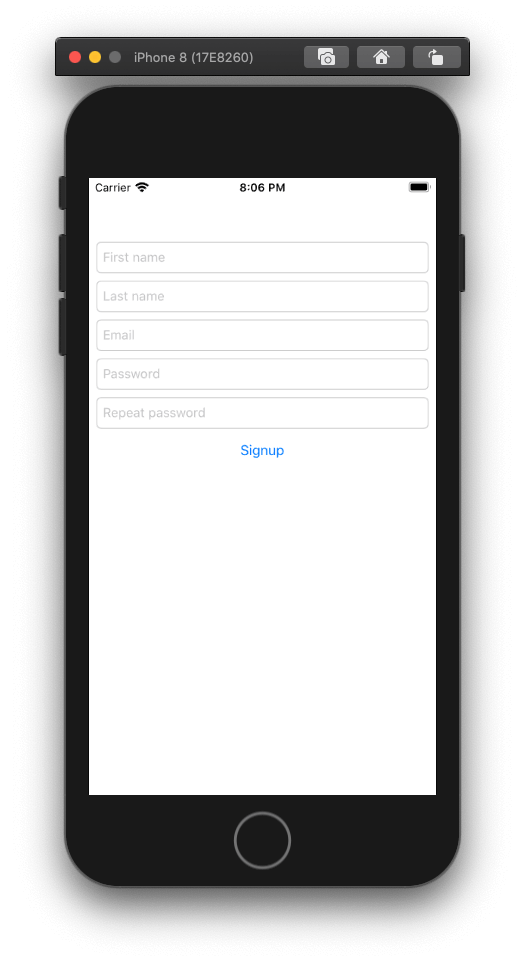 Below is a list of UI elements groups that you can use to refer to a specific UI element type in a UI Test method.

Below are examples of how to use these groups to access an element by their index, static text, or an accessibility identifier.

When There is Single Element Only

If you know that you have a single button on the view, and there are no other buttons, then you can access it by using the following Query.

You create an instance of UI application, then refer to a list of all available buttons, and then, since there is only a single button, you can simply refer to it directly without specifying any static text or accessibility identifier. This will return a reference to a UIElement and you can start working with it.

When There is More Than One Element

Accessing Elements By a Their Static Text

You can access a specific UI element by either using its static text placeholder or index in the list. In the below example, I am accessing the First name UITextField element by using its Placeholder text.

Once we have a reference to an element we can start interacting with it.

I can also access the button by using its label.

Accessing Elements by Their Index

Although this way of access elements works well, it is not very reliable. If a new UI element is added in between, then the index of one of these elements will change and most likely your UI Test method will fail. Whenever possible we should access UI Elements by their accessibility identifier.

Accessing Elements with an Accessibility Identifier

To access the firstNameTextField UI element in the UI Test method I can then use its accessibility identifier the following way:

Another way of locating UI elements is by using Advanced Queries, that allow us to locate all children or all descendants of an element in the view.

We can access direct subviews of an element by referring to its children.

If we need to look deeper and access sub-subviews, we can use descendants instead of children.

I hope this short tutorial was of some value to you. If you are interested in a step by step series of video lessons then have a look at my video course “Unit Testing and UI Testing Swift Mobile App“.